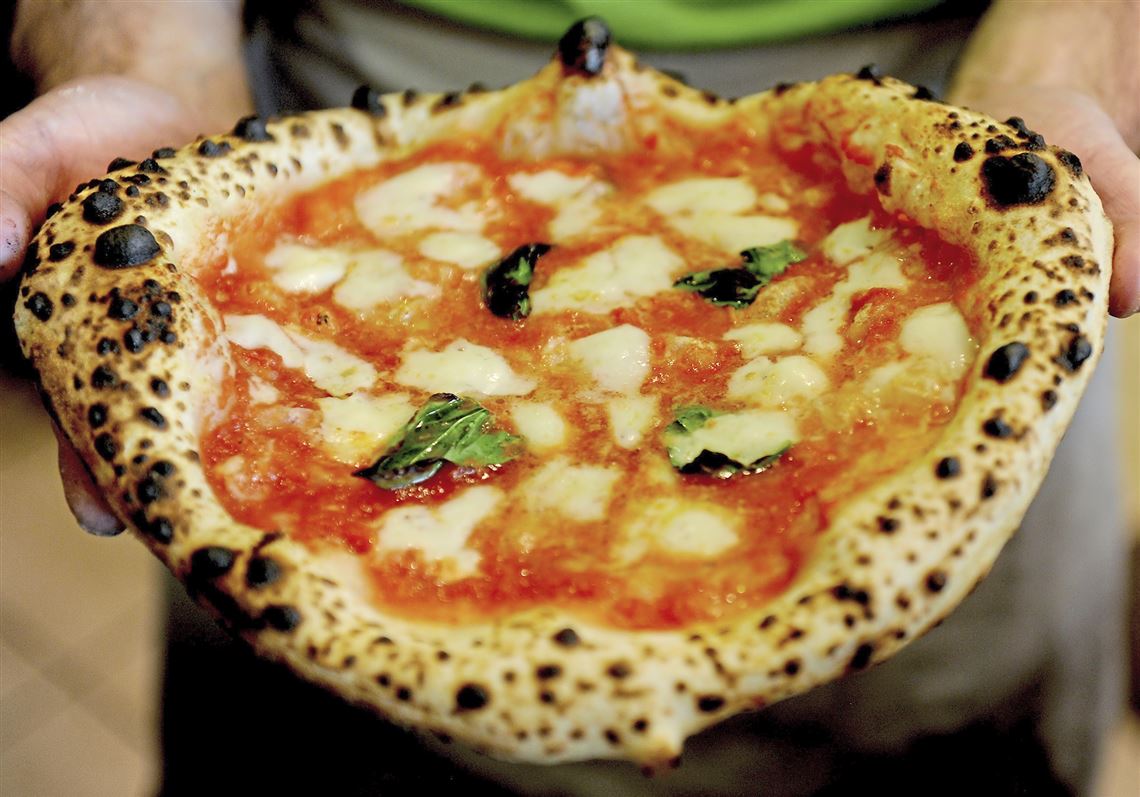 A new gen­er­a­tion of pizzaiolos is ris­ing in Pitts­burgh.

They are young, pas­sion­ate per­fec­tion­ists and stick to an ar­ti­sanal script. For them, the ul­ti­mate pizza is about the dough and not so much about the top­ping.

The 21-plus event, which is from 6 to 9 p.m. at The Penn­syl­va­nia Mar­ket in the Strip Dis­trict, will fea­ture de­mos on how to stretch dough and make moz­za­rella. Ole Smoky Whis­key Dis­till­ery and Arse­nal Cider House will will pour whiskeys and hard ciders, and discuss how best to pair them with pizzas..

“We are al­ways look­ing for some­thing new and peo­ple here love their pizza,” says Dee Wein­berg of Good Taste Pitts­burgh, who is host­ing the event. “So we wanted to show the high-end of piz­zas.”

The Mt. Lebanon native attended the now-closed Le Cordon Bleu but settled on making pizzas after going to Seattle. After learning to make Roman pizzas, known for their hydrated dough and slow fermentation, from Massimiliano Saieva at the Roman Pizza Academy in Miami, he opened shop at The Pennsylvania Market in the Strip District last November. He now holds classes on making Roman-style pizzas and helped in picking the participants for the festival.

Pizza for the fest.

“Justin Balla, my partner in crime, and I will have two kinds of Roman pizzas. One is a classic Margherita pizza topped with San Marzano tomatoes, housemade mozzarella and basil. The other is a deconstructed pierogi pizza with Yukon potato puree, cheddar cheese, caramelized onions and kielbasa.”

What sets apart a Roman pizza?

“It is rectangular but is not a Sicilian pizza, which is more dense. The very hydrated dough and fermentation process distinguishes a Roman pizza. The dough has less flour and more water — almost 90% water. I cold proof the dough for four days, then ball the dough and let it sit for eight days at room temp before stretching it out.”

“It looks like it is heavy but it is not because of the air pockets. It is light and crispy and won’t make you want to run a marathon. But it’s more than a snack. I don’t like to use treated flours.”

Are you about the dough or topping?

“I’m always about the dough, which is a great vessel to hold everything. You have to taste the extra-virgin olive oil and the flour. I was taught to make it by the best of the best — Massimiliano Saieva. Science and math are involved in making it.”

What is your beverage of choice with pizza?

“Coke. I will drink the beer afterwards.”

“It is a marinara pizza with San Marzano tomatoes, cherry tomatoes, fresh garlic, oregano and no cheese. It should not be overwhelmed with toppings.”

What’s your fave shop in town?

It’s Don Campiti’s Pizzeria in Dormont. The pizza is thin and crispy and I grew up on it. It tastes of memories and brings me home.”